In a previous post, we had a look at some low-level DoS attacks. In this post, we will take a look at CVE-2013-5211, which uses vulnerable NTP servers to cause a DoS.

The Network Time Protocol is a protocol designed to synchronize the clocks of computers over a network. This is the protocol that all your devices use to get the correct time for your timezone.

In this post, we are concerned with the mode 7 packet, which is used for exchanging data between an NTP server and a client for purposes other than time synchronization, e.g., monitoring, statistics gathering, and configuration. It has the following format: 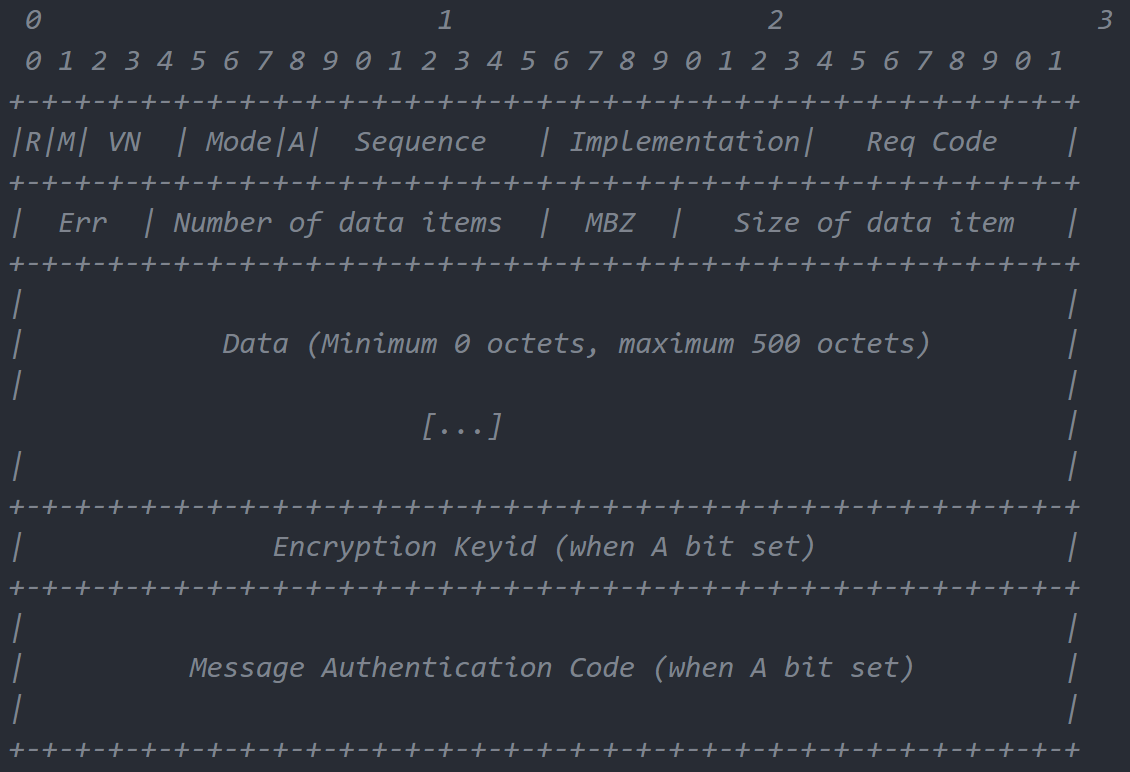 Some of the various request codes are:

Sending a request, with either of those codes, to a vulnerable NTP server will result in the server responding with the most recent interactions of it with the last 600 hosts. The responses include the IP addresses of hosts, source port used, NTP version, and the mode.

This issue affects server versions before 4.2.7p26. To search for vulnerable servers, I looked up servers running ntpd 4.2.6 on shodan.

Now to test this, I have written the following python code, using the NTPPrivate class of scapy.

Running the above code and looking at the request and responses in Wireshark, we can see the following. 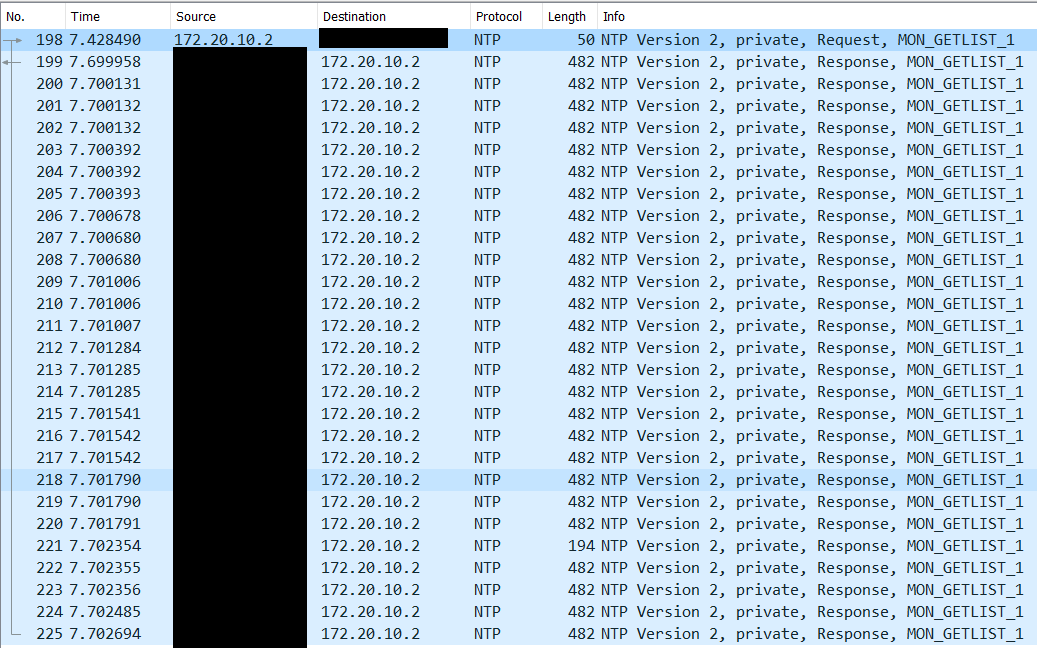 There are two issues with this. The first being the information disclosure. Looking at one of the response, we can see the following details being disclosed. 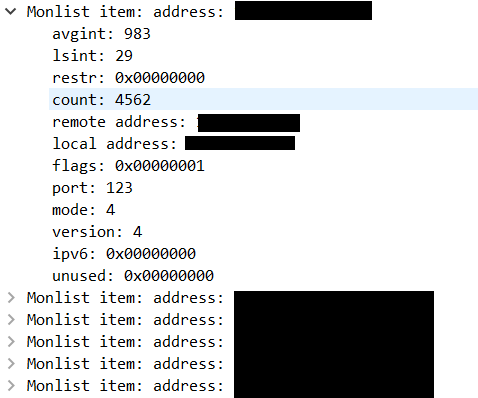 The second issue is the size and number of returned packets. For one packet of length 50 sent by us, we received 27 packets, each of length 482. This is a clear amplification of the traffic. Attackers constantly look for such vulnerabilities while trying to DoS a target.

To attack a target using this vulnerability, all the attacker has to do is send spoofed requests by changing the source IP address. All the responses are then sent to the target, which can overwhelm it.

The above code can be modified in the following way to target hosts with an amplification attack.

The code takes a list of vulnerable NTP servers, and continuously sends each one of them spoofed NTP requests. Now all the responses are received by the target instead of our machine.

That’s it for this post. The entire script is available on my github page.

The attacks mentioned on any of the posts on my website are to be tested at your own risk. Please do not use them without the permission of the target host. I will not be responsible for any damage caused by running them.